Mary Chapin Carpenter is a gifted singer and songwriter who began her career as a folk-influenced performer in the Washington, D.C. area, but found favor on country radio in the ’80s and ’90s, taking her emotionally intelligent songs to a mass audience.

Carpenter was born and raised in Princeton, New Jersey, the daughter of a Life magazine executive; she spent two years of her childhood in Japan, where her father was launching the Asian edition of Life. Her mother had begun to play guitar during the folk explosion of the early ’60s, and she gave her daughter a guitar when Mary became interested in music. Carpenter played music during her high school years, but she didn’t actively pursue it as a career. In 1974 her family moved to Washington, D.C., where she became involved in the city’s folk music scene. After graduating from high school in the mid-’70s, she spent a year traveling Europe; when she came home, she enrolled at Brown University, where she was an American civilization major.

Following her college graduation, Carpenter dove deeper into the Washington-area folk scene, performing a mixture of originals, contemporary singer/songwriter material, and pop covers. Carpenter met guitarist John Jennings during the early ’80s and the pair began performing together. They made a demo tape of their songs, which they sold at their concerts. The tape wound up at Columbia Records, and the label offered Carpenter an audition. By early 1987, Columbia had signed her as a recording artist, and her first album, Hometown Girl, was released that year. 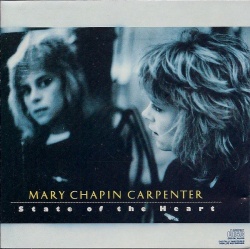 Hometown Girl and its follow-up, State of the Heart (1989), earned her a dedicated cult following, as well as two Top Ten singles, “Never Had It So Good” and “Quittin’ Time.” Country radio was hesitant to play her soft, folky, feminist material, but she received good reviews and airplay on more progressive country stations, as well as college radio. Shooting Straight in the Dark, released in 1990, earned greater success as “Down at the Twist and Shout” became a number two single. The album sold well, setting the stage for her breakthrough album, 1992’s Come on Come On. 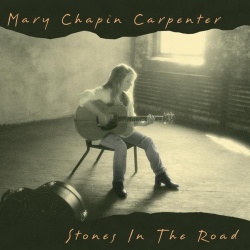 Come on Come On signaled a slight change in direction for Carpenter. There were still folk songs, but she felt freer to loosen up on honky tonk and country-rock songs, which resulted in several hit singles. Two of the singles from the album — “I Feel Lucky” and “Passionate Kisses” — hit number four, and “He Thinks He’ll Keep Her” hit number two on the Hot Country Songs chart, and the album would eventually sell over two million copies. Her fifth album, 1994’s Stones in the Road, concentrated on folkier material, but it was still a major success, selling over a million copies within its first six months of release. The album’s lead single, “Shut Up and Kiss Me,” became Carpenter’s first song to hit number one on the Hot Country Songs chart and won her a Grammy for Best Female Country Performance. Her follow-up, 1996’s Place in the World, also performed well, hitting number three on the country albums chart and reaching the Top 20 on the Top 200 albums chart.  CLICK HERE to read more

Sign up today to get the latest news, program information and more in your inbox.